For the NPC of the same name, see Cat (NPC).

Cat is a toon species. They can be created by all players.

Cats have four different head designs that can be used to create a toon through the Create-A-Toon process. They can be any color 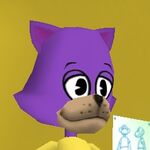 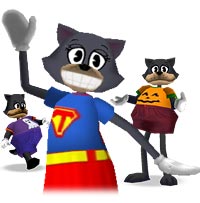 Black cats are a unique specimen, in which cats are the only species able to become black in color, as well as being available for creation only on Halloween. During Halloween, any cat created on this date will have the opportunity to change their color to black. Afterwards, attend the Toontorial and partake in the tutorial until meeting up with Flippy. Flippy will introduce the SpeedChats and will ask you to say a phrase from the green SpeedChat button. The phrase to say is "Toontastic!" and POOF! Your toon is a black cat.

Notable non-playable cats, other than those who give out Toontasks, include: Professor Pete, Madam Chuckle, and Barbara Seville.

Retrieved from "https://toontown.fandom.com/wiki/Cat?oldid=112265"
Community content is available under CC-BY-SA unless otherwise noted.