A cog invasion happens when the cogs take over a certain district. They can happen at any time in any district. It is an army of one type of cog going to work.

This box tells you the Cog invasion has ended. 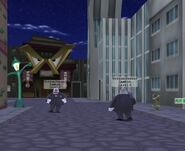 A Donald's Dreamland street during a Bottom Feeder Invasion 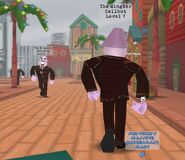 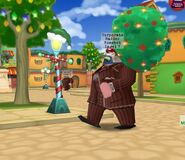 A Corporate Raider invasion, while in Toontown Central.

Toon HQ: "Bossbots have taken over Toontown this weekend!!!"

A big wig invasion
Add a photo to this gallery
Retrieved from "https://toontown.fandom.com/wiki/Cog_invasion?oldid=113072"
Community content is available under CC-BY-SA unless otherwise noted.