Field Offices (also called Cog Dominiums) are special street cog buildings in Toontown. They announced it in a PDF file as well as blog where you can download in the disney website. It was released on Test Toontown January 20, 2011, And Live Toontown, February 17, 2011. Currently though, Field Offices are for Sellbots only right now. It is rumored that the process of Sellbots (Doodle, Storm Sellbot) will be the same for Cashbots, Lawbots, and Bossbots.

In late 2009/early 2010, DIMG announced that "later this year, the Cogs will unleash something big... their sinister new office buildings, Cog Dominiums". Cog Dominiums have been renamed to Field Offices. Field Offices will be The new cog buildings in Toontown online which will introduce some cog based mini games. Which is shown in many Field Office footages around the net. Field Offices will have a new boss and will bring toons new challenges in the game. Yes, there will be actual fighting in the Building at the boss.

It was suppose to be in 2010 since they got left behind with the hacking, it was delayed.

1) Field Offices has a connection with the Rumored Cog Nation in someway. Not yet confirmed

2) Other types of Cogs will recieve their own Field Offices or a type of Cog Dominium.

3) There will be a minigame where the Toon is strapped to a cog propeller which involves a Legal Eagle, this is likely to be the Lawbot Field Offices. 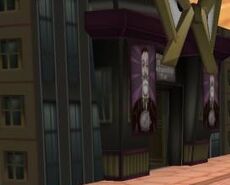 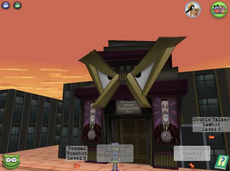 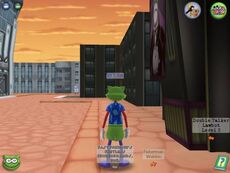 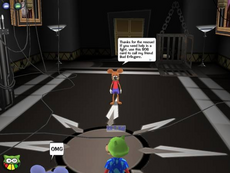 The Toon is rescued and rewards an SOS Toon. 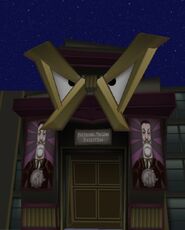 This picture was taken on the live release. 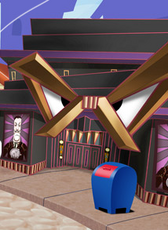 Field Office as it looks like on the Toontown site 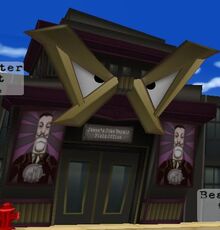 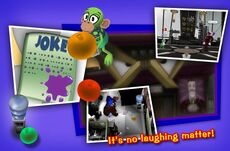 Mover and Shaker Portrait
Add a photo to this gallery
Retrieved from "https://toontown.fandom.com/wiki/Field_office?oldid=35857"
Community content is available under CC-BY-SA unless otherwise noted.