Fish Bingo is a Toontown Online event that occurs all day on most Wednesdays and for a few hours during Silly Saturday. It was released on November 15, 2004 on the Test Server [1] and December 1, 2004[2] to the public.

Toons can click the squares on the card in the bottom right corner of their screen when fishing. When they catch a fish of a certain type, they can click a matching square to mark it. When all the required squares are marked, they can press the "BINGO" button and win extra jellybeans.

When BINGO is pressed, only the toons who are present at the fishing docks receive a reward. 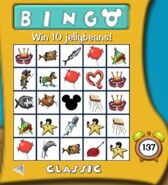 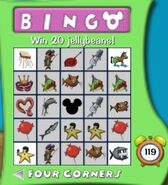 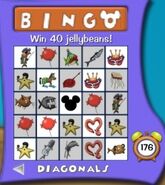 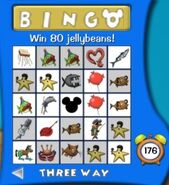 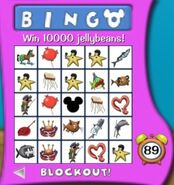 Blockout Bingo Card
Add a photo to this gallery

Retrieved from "https://toontown.fandom.com/wiki/Fishing_Bingo?oldid=161808"
Community content is available under CC-BY-SA unless otherwise noted.