Good ol' Gil Giggles is an NPC pig toon who acts as the guide for toons doing the Chief Executive Officer battle.

Add a photo to this gallery 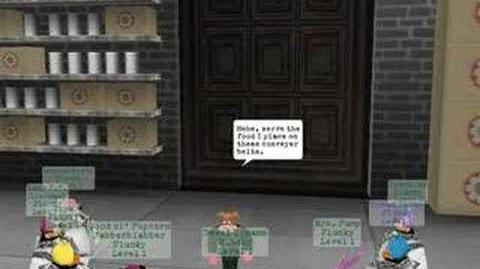 CEO Battle
This CEO battle shows a glitch with him in a Cashbot suit.
Add a photo to this gallery
Retrieved from "https://toontown.fandom.com/wiki/Good_ol%27_Gil_Giggles?oldid=154324"
Community content is available under CC-BY-SA unless otherwise noted.