Greening is the act of intentionally making another toon go sad. Greening is frowned upon by most toons due to its malevolent intention, and those caught can easily be banned or even terminated, as Disney considers greening as bullying.

This is simply the act of intentionally making another toon go sad in battle through counterproductive gag choice. This can happen anywhere but is most common in the Vice President. Common ways this is done include using low level gags (or none at all), using Sound on lured cogs, using low Lure to double on higher Lure causing it to miss, throwing low level Trap before a Lure, and more. Another very common way to 'green' is to go about it in pairs. The two Greeners will not attack and just use single-target toon-ups on each other, while the victim is forced to fight solo.

This is the act of waking up the laser cogs in the District Attorney's Office by intentionally failing a laser game, causing the toons to waste their time and gags defeating laser cogs, which yield no credit or Jury Notices and have no benefit whatsoever. The only way to truly avoid this is to go with toons who do not show the usual signs of being a greener and hope for the best.

This can be done in any cog boss and at any of the cog facilities (Sellbot Factory, Cashbot Mint, etc.), but it most common in the Vice President. It involves inviting toons (usually a smaller number) into a Boarding Group, then performing a glitch which enables the group leader to remove toons from the group once on the elevator. The greener then gets on the elevator, removes their target from the group once onboard, and hops off leaving them alone in the elevator, leaving the group to face the boss alone. The easiest way to deal with this is to simply close the Toontown window and launch the game again. 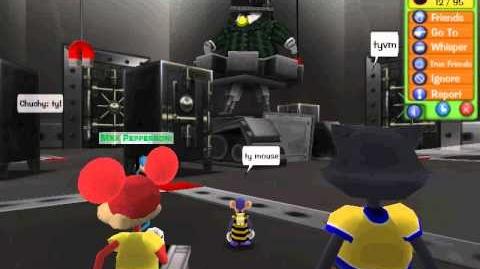 Toontown Greening
Add a photo to this gallery
Retrieved from "https://toontown.fandom.com/wiki/Greening?oldid=165018"
Community content is available under CC-BY-SA unless otherwise noted.