Legal Eagle is the seventh cog on the corporate ladder of Lawbots. Their levels range from seven to eleven. They are a building-only cog, unless there is an invasion. 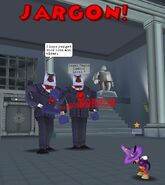 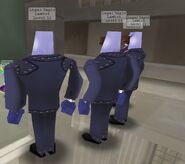 A group of 3 level 11 Legal Eagles 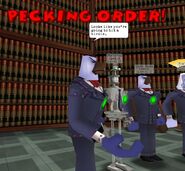 A Legal Eagle about to use Pecking Order

Legal Eagle: This is so much fun it should me illegal.
Add a photo to this gallery
Retrieved from "https://toontown.fandom.com/wiki/Legal_Eagle?oldid=126344"
Community content is available under CC-BY-SA unless otherwise noted.