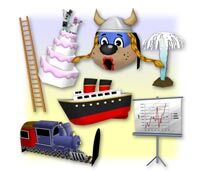 Level seven gags are the final gags of a gag track, which can be earned by receiving 10,000 experience points. Level 7 gags are the most powerful of their type. Every level 7 gag targets all toons or cogs. Unlike other gags, these gags cannot be purchased in Goofy's Gag Shop. Also, a toon can only carry 1 level 7 gag of its gag track at a time. They were first released on Test on October 9, 2006 [1] and to the public on October 25, 2006[2].

When a toon reaches the end of the gag track, a fanfare plays, and a confetti ball showers the toon with confetti as a congratulatory for completing the gag track.

Methods of receiving another 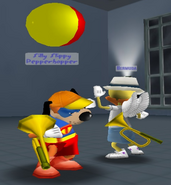 Completion of a gag track; fanfare 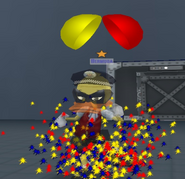 Completion of a gag track; confetti