Mata Hairy is an NPC toon that appears in the Chief Financial Officer battle. 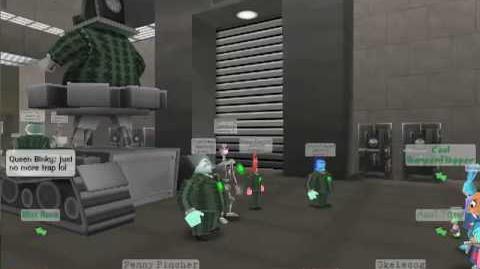 CFO Battle-Toontown
Mata Hairy can be seen when she still was a chubby, orange monkey