My Toon name is Cool Duke, I wear the "Get Connected" t-shirt and Dark Blue pants. I have joined ToonTown since June 2010 (cant remember the day but it's somewhere in June) and I have two bans. More info below

When I had joined ToonTown since June I've picked some name and I've got to get my own name (I can't tell you my own name, it's a secret). Days later my own name got rejected and used the name generator instead. My old name was "Super Megapow" (wierd Toon name huh) and my old color is light green. I hate my old name so I deleted it. I've decided to make another toon and get another name from the name generator. Just then I had an idea of a nice name, "Cool Duke". Then I chose dark green (I like light green better but i didn't notice that it's my old toon color but i noticed it it was a different color and I just ignored it but that color was still nice to me) and I began continuing my journey.

I have trained my toon for months. I have some not-so-strong gags. These are my gag levels:

Currently working on this wiki

I am currently uploading cog pictures and put them in a cog template. Im only applying those on cog articles that doesnt have a cog template and pictures yet. The only cog article i can't work on is a Robber Baron cog. You see as being a non-member, I need to go to Nutty River District and wait for the Baron invasion but I think that invasion is rare (I missed the Robber Baron invasion in the two week cog invasions so i don't have a picture of it). The only way to complete that article is someone who could take a picture of a Robber Baron cog. I am already done with the Robber Baron picture and I'm lucky that the Robber Baron is suddenly inside the building in TTC. Also I'm currently making individual pages for cog moves.

(Note: All these games I play are from Disney except RuneScape which is from Jagex Ltd.)

All of these games have wikis like ToonTown. These are wikis for the games I've listed:

You can find me in toontown whether im online or not by looking at the signature box by the following link:

PS: Im not accepting friend requests at this moment. Sorry.

Note: The tracker may NOT be always correct so try refreshing the page. I might change places or districts. Or even log out (Try again next time :P) 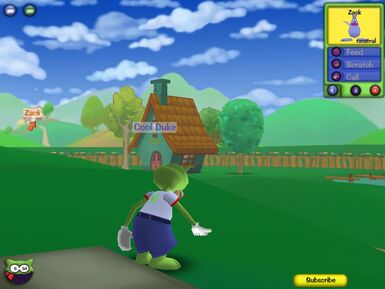 I was scratching him and I didn't noticed that my Doodle "Zack" mysteriously disappeared. 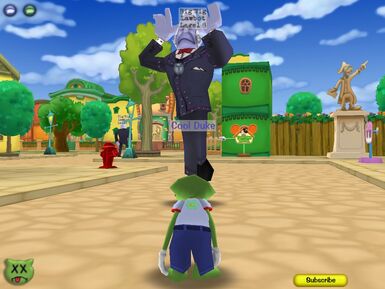 I'm too tired to fight the cog and that cog teased me! That's sad... T_T 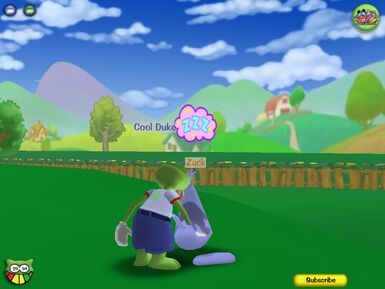 My doodle's back itches and he can't reach it so I scratched it. 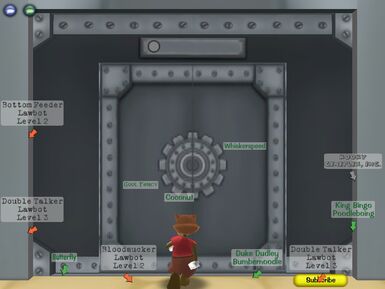 Lucky, the others entered the elevator and that guy did not. Poor guy! 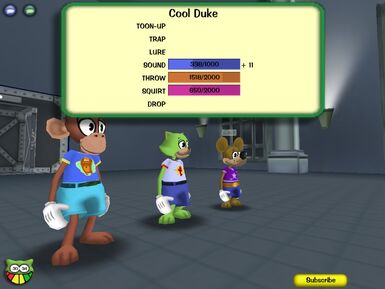 Exp I've got from a cog bldg with these two guys. 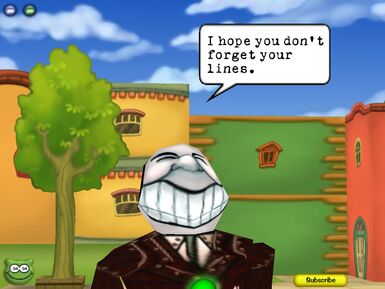 What?!?!?!? I don't have lines! You must have said it to the wrong guy
Add a photo to this gallery
Retrieved from "https://toontown.fandom.com/wiki/User:Cool_Duke?oldid=24352"
Community content is available under CC-BY-SA unless otherwise noted.