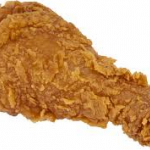 Manboy is a cat on Disney's Toontown Online. He lives at Da Estate on the street, Like That is Soooooooooooooooooo Personal. He works on his VP cog suit a lot, which made him a Mr. Hollywood Level 12 at only 63 laff . Most of the time, however, he will goof off with his friends on Toontown, since he would get bored of doing factories. He does sometimes work on his The Brrrgh toontasks if he didn't want to get Merits for his cog suit or goof off. Sometimes, he would also actually talk with NPCs, thinking they are controlled by mods.

Manboy has a shivering nametag. He usually wears a Backpack, Wingtips (when Manboy bought them, they came white instead of black, the reason for this is unknown), the Gadzooks T-shirt or Sunburst Shirt, and sometimes Nerd Glasses. He also sometimes wears the Propeller Hat.

Retrieved from "https://toontown.fandom.com/wiki/User:Manboy_aka_Manboy?oldid=136734"
Community content is available under CC-BY-SA unless otherwise noted.