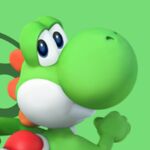 Welcome to my profile page, I'm a really nice guy when you get to know me. I'm also Creative and Humorous. I say that I'm humorous because I'll make jokes while battling cogs in Toontown. I don't really believe in those placebos that make lure work because it really doesn't. Saying "Glue!" , "Here Boy!" , "Hypno!" or "Come and get it!" don't really make lure work more often because saying phases like that or any phase at all do not modify the game's code in any way. Yeah I get called stubborn but whatever right? I mean I'm not hurting anyone or want to be mean I just want people to stop believing in placebos because all they do is boost your confidence in the lure gag hitting. When the Lure misses I say "Copper Cogs?" because you know the cogs are robots and copper is not magnetic or is it? I don't usually socialize in Toontown or any Online game at all but my best friends are Crazy Spunky Funnygoober, she is a short pink rabbit who enjoys hanging out with me and gets sad whenever I don't log on for a while, and Crazy, he is a tall dark green rabbit who enjoys when I help him out. I introduced Crazy Spunky Funnygoober to play Fun Run and she enjoys it.I own 4 toons now, Fireball, Spunky, Crazy and Clover Smartytoon. I made them because one of my friends said to, I was gonna delete them but it's kinda fun looking like my friends' toons. Crazy is also good friend, I'll help him out too. Before Crazy Spunky Funnygoober introduced me to him, I thought he was a little nuts but then I found out he was a pretty fun person. I finally got the guts to get rid of Funky Monkey and Tornado so they won't be bothering me anymore, their friendship was only good for a while but then they began to use me just because I was so strong(Funky Monkey) and I usually got into Nutty River(Tornado). But my friendship with Crazy Spunky Funnygoober is strong so we might be friends until we both quit toontown for good. Crazy Spunky FunnyGoober deleted Funky Monkey too, because she can only take so much out of him. But she ran into him 3 days later(about a day after I removed him)  but I can still log on as Prof. Fireball Smartytoon because I'm just golfing and gardening with him anyway and I'm almost never in Nutty River anymore.

Retrieved from "https://toontown.fandom.com/wiki/User:PisceanOx1997?oldid=126954"
Community content is available under CC-BY-SA unless otherwise noted.