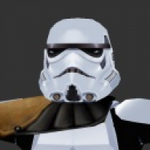 This wiki has been great fun, but all fun must come to an end. I have grown out of toontown and I am moving on, and staying on this wiki is unlikely. Below is my history.

It started when I came back to toontown after taking about a 1 month break. I found this here wiki, I was a 5 year veteran on toontown, and I thought I could contribute to it with my knowledge. Back then, this wiki was owned by Flippers, who is sadly gone and playing Club Penguin last time I spoke to him. I then met Man for the job, we were sorta competeting for top number of badges on this wiki. We were both shifting from number 1 and 2. However, soon, I got over competing. I then got the idea of starting up something called the Wiki Clean up team, it wasnt very exclusive, but it was for the users that may still be here today. Man for the job, SethiXzon, Gamerperson, Bermuda, and myself were cleaning up the wiki. At first, the team only consisted of me and Man for the job, but we soon got more members.

After this, I started up a blog that would of been the basic of blogging on this wiki today. A blog called "Popular Blog" It would be updated weekly or so more and contain a bunch of news in it. It got over 60 comments and inspired people to make blogs of their own, pretty soon however, the blog died out.

After this, Flippers went inactive, and Man for the job asked the folks at wikia to become the new owner of this wiki, which of course happened. I then, was working on mods for a game, which kept me inactive. Soon, bermuda and gamer were making this wiki look very fine, and I was missing out. Occasionaly, I would come on, make some edits, update the blog, and see whats going on.

Pretty soon, I got ownership of a wiki called Toontown Clan Wiki. I haven't been able to contribute to it much, and I am planning on reviving it and make a system of admins before it goes completely dead. Soon though, Man for the job went inactive, and we were stuck. This is when I disappeared.

I have came back, and I see Bermuda is still here, and it looks like we have a few new admins too. I am sorry I missed all of this, and just because I have posted this does not mean I will probably be returning. Also, some of this may not be accurate. After all, this was 2 years ago.

This wiki has a bright future. The old generation has moved out, and the new one has came in. Goodbye my friends.

I was going through some of my archives and found this wiki in it. I would go over my history but I think the above goodbye message suffices (even though I was an awful writer and not that great at grammar back then). I'm still kind of surprised that some of these people are still here. I never really found toontown to be addictive to that point where someone would be on it for years and years.

Looking at Toontown now, I'm honestly disappointed on how hardly anything has been added. I think disney likes to live by the phrase "if it aint broke, don't fix it". This is sadly the case for all their other MMOs. I'm guessing either a lot of their funding was cut or they are just being lazy. If it entertains this generation though, then I guess I don't know really need to criticize it.

Retrieved from "https://toontown.fandom.com/wiki/User:Sonic767?oldid=124908"
Community content is available under CC-BY-SA unless otherwise noted.