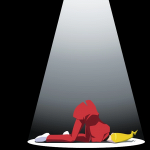 Former player of ToonTown with considerable experience playing other MMOs- ToonTown being my first MMO. EVAR.

I'm JoTS. I have been casually & sporadically (Zzz) jotting on articles on FANDOM since August 2011.

That's about all there is to it.

Music
Selections, from yours truly, of various video game OSTs (and other BG music) that I enjoy.
Scripts!
I made some stuff that you can use on your wiki! As to whether or not they're actually useful (or functional) is questionable.

Forgive the dramatics, this section is several years old. It has been slightly modified years later for accuracy. :P

An early member of ToonTown and a newbie to MMOs, I joined ToonTown back in 2005 –2 years after ToonTown initially released– after having felt ecstatic from my short, 3 day free trial. I played ToonTown for 3 fun-filled years before I "quit" due to the declining enjoyment I had playing the game (dem tedious ToonTasks tho); I moved on to other MMOs that I had recently started playing not too long before quitting Toontown.

I never came back on ToonTown, until 4 years later. Feeling a nagging, longing, nostalgia, I reinstalled Toontown. I was reeled back into the world of Toontown (you could say... through the fishing ponds), and here I am now- an occasional visitor to Toontown with a renewed interest in renewing my old subscription in order to fulfill that nostalgia that a free account cannot satisfy. That, and I really do want to be there when ToonTown is actually finished, story-wise.

When it was announced that ToonTown would close I was quite surprised– I did my last few visits. And then it closed. I had followed some private servers, but never really played them until November 2016. It's like 2005 all over again. :)

The JoTS on your wall. (talk)

Retrieved from "https://toontown.fandom.com/wiki/User:The_JoTS?oldid=162848"
Community content is available under CC-BY-SA unless otherwise noted.