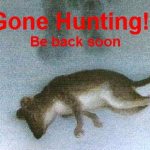 aka Call me MWGEN or ENder King

Hi everyone need to talk about something??????????????? Well just press the button that says TALK PAGE and then START PRESSING THOSE BUTTONS ON THE MAGICAL THING CALLED KEYBOARD...... Spelling errors will be corrected and harrassed.

I was checking my profile, and I said I reached the 1,400 edit mark. My edit count says 1,368. Someone is up to trouble. Your not the only one tats curious.

I'm sure it's called UserToonName.

When you need to add a new user, just make sure it's alphabetized. :)

No problem I just made that quickly with paint. I got some really cool fonts on my computer. Good for making logos. I am King Gamer! Talk to Me See my Victories 19:34, April 13, 2011 (UTC)

Thanks for putting MY* picture on shrug

The last Edit Track (for a while) is coming this Sunday so if you haven't voted yet you need to. On April 23rd News Blogs are coming back and they'll be huge! Happy Editing! I am King Gamer! Talk to Me See my Victories 01:41, April 14, 2011 (UTC)

There is only one rank below admin that we can give and that is Toontown_Wiki:Request_User_Rights|Rollback. You can reach those requirements and become one if you want. (But maybe I can talk to the others about creating a new group of good users who don't have admin rights).

Do you mind meeting me in Toontown and Free realms?

I Really need help with stuff,

But i know the game and i've played b4 but i don't remember my username and pass,

When i recover them i'll talk to u OK?

That's not a bad idea (as long as someone remembers to remove it when it's no longer new). What did you have in mind for it? I thought it would work well as a star in the corner of the page (similar to the wikipedia and locked templates). Theevina 20:18, September 26, 2011 (UTC)

Or I realized we could also do what other wikis do and just write that it is new in the article (or give the date that it first appeared). Theevina 22:28, September 26, 2011 (UTC)

Plus I have a question for you. What do you mean by this fact?

Your edits aren't informative enough. Things such as "Some clans on Toontown are hacker clans but know one knows for sure if they truely exist...." are not needed and sound odd. Please try to improve your edits. FlyingSquirrel192 18:02, October 19, 2011 (UTC)

You can do those if you want to, but I'm not sure if our community is big enough or organized enough to make them successful. That's why I haven't said anything about them. And my schedule is always crazy so I don't know if I'll ever make it to them. Anyway, it's your choice. Theevina • talk 18:00, November 8, 2011 (UTC)

YOU. ALMOST. GAVE. ME. A. HEART. ATTACK. I thought you were some stalker. Seriously. :P

You drove me and my mom INSANE!!!!!!! Once you said, "It starts with a L. And ends with a e." I started thinking of all the friends I had/have. Then I went to ALL the websites that I've been on before. When you said, "Someone who sort of abandoned everybody on the wiki in the middle of nowhere." I researched usernames on this wiki. One of those usernames was "Lion_blaze".

WHY IN THE WORLD DID YOU DO THAT?!

Retrieved from "https://toontown.fandom.com/wiki/User_talk:Lion_blaze?oldid=157385"
Community content is available under CC-BY-SA unless otherwise noted.