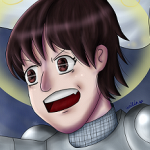 If you have a question to ask about me, ask here!

hi! I'm glad you got the hang of this. Good luck,

OK, listen sis. I'll tell you what needs to be done on your user page for it to be correct. Most of it is spelling. Yours:

I am a cute, yellow, duck named Penny. My favorite place in Toontown is Donald's Docks. The thing I hate about toontown is that you have to be a member to do a lot of stuff. But, my favorite part is all the cool glitches! my pet does not look anything like me but a pet is a pet! and pets dont usually look like you! my sis is flower1470 a fun to play whith sis but she can be mean some times.

my favorite places in toon town.

I am a cute, yellow, duck named Penny. My favorite place in Toontown is Donald's Docks. The thing I hate about Toontown is that you have to be a member to do a lot of stuff. But my favorite part is all the cool glitches! My pet does not look anything like me, but a pet is a pet! My sister is flower1470 and is fun to play with, but she can be mean sometimes.

My favorite places in toon town

Note: anything with a line though it is hedding 2.

I'm here for your well-being. XP

Your page "The strongest gags" is a candidate for deletion. This wiki is for offical facts. Please post your opinion pages on Toontown Fanon wiki. Cake is delicious -User: FlyingSquirrel192 21:28, September 20, 2011 (UTC)

You need to edit your photos before you post them!! Remember?

Please don't name your picture files "Cece." Name them the appropriate name. If you have a picture of for example: a tissue box. Name it tissue box, not Cece. Cake is delicious -User: FlyingSquirrel192 18:50, September 21, 2011 (UTC)

Well its my nick name! Ugh.

IDK if your still on, but I'm about to start crying. see the blog post, "more questions!!!", to see who is right and why I'm upset.

Bureaucrats are the leaders of the admins. They are the only ones with the power (except Wikia staff) to promote or demote users to rollbacks, admins, or other bureaucrats. Theevina • talk 21:12, November 1, 2011 (UTC)

Though, in my opinion, there just basically users with "extended rights" and should always treat their rights with respect and not abuse it for their own game. They may promote users into rollbacks, admins, and bureaucrats; however, they cannot remove the bureaucrat status from another user.  Bermuda • Talk • 21:49,11/1/2011

Hey sis! How's it going? First off, I found this on the Bloodsucker's page: "Toon News for the Amused states that they are weak to Cupcakes because some recipes have garlic." and "Strangly, there has never been a report of a Bloodsucker in a bat form. This is probably because Bloodsuckers are robots and bats are animals. Being an animal would be like being a toon, and cogs hate toons". I thought that was funny. Oh, and someone deleted the "Glitches" page, so you have to remove the link from your page. I can do it if you want.

So your the mastermind!! :O

So your the one who took the picture of me in the dress! :P That was funny, I really look like a girl in boy accessories. - Sigh - Fun night, am I right?Chrisgaff 16:51, January 7, 2012 (UTC)Chrisgaff

Note: on the Bow (accessory) page, we need more pictures of the different types of bows. I know that you have a few, so if you could upload a pic of them that would be great. You'll see which ones we need on the page. I don't know how many pictures you need, but this should get you close to your badge. Thanks,

I'm not the top toon.

The reason being is because like I said, Bermuda is the admin here on the wiki and he does the contests for the top toons. I'm not trying to be mean or anything, i'm just saying. Chrisgaff 20:14, February 2, 2012 (UTC)

Second, maybe you act like a boy, so you should have the closet for how your acting.

lol I didn't notice either. But after we were playing on ToonTown all the time, and I randomly went to your userpage (cuz I'm freaky like that lol) and saw that you were a duck and the exact same color and had the exact same doodle (name and appearance). Kinda weird! --Dragonian King Talk Blog 01:27, February 16, 2012 (UTC)

Your order is ready

Thank you for ordering! If you have any questions about your order, you can use this page to contact us. Or, you can contact us via Live Chat.

Have a nice day!

NOTE: THIS IS NOT A REAL ORDER. I'M JUST JOKING. :P

You have been unblocked

Wanna meet me on Toontown? This is a 1-hr. meeting. I will be there soon.

Hi there! You undo a lot of edits that are, in a way, "junk". Are you ready to become a rollback? I think you are! If you are interested, stop by the Forum:Request User Rights page and create a request! Basically just state why you are requesting for rights, and let the admins handle the rest! Good luck on the request!  Bermuda • Talk • 03:30,2/25/2013

Congrats on becoming a Rollback, sis!

Now we just gotta put those rights to work. ;)

I was lurking around on the Adventure Time Wiki and I saw this.

It reminded me of when we were younger, although our spelling was a little better. :P

I'm really sorry about what happened to you. Flower said she might consider resigning. I wish that was not true. I hope you won't be too hurt by the words of an immature person. And I reported them to Wikia too.

I kind of get in the habit of deleting others' images too but nothing in the whole world would justify what they said.

Adding on, you can't show them you're weak. Cyberbullying is a weak crime. Like I told Flower, you just have to show them you're stronger than they are. Those words are just words for the weak. If you let them get to you, you'll only let them win. And remember, the entire wiki community has yours and Flower's backs. If anything happens to you guys, we'll take care of things.  Bermuda • Talk • 02:06,6/11/2013

Hey guys, I just saw this post, and I'm quite surprised. I know cyberbulling is wrong. I'm quite sure I've done it in chatrooms and stuff when I was younger. But, now I learned that it's just wrong. I actually was manipulated by some dude into giving him my email address, which I did. And it was dumb of me and I just thought, "Wow, I've been doing this to people? What's wrong with me?"

And, so, I changed and here I am. Enough of me, but this problem (I don't know what happened but I can guess thanks to context clues) is a big blow to our wiki as it targets our friends that are in high positions. It's wrong to do cyberbulling and to succumb to it. Please, stay strong, Penny and try not to let this ever happen to you again, because, believe me, it's just gonna make you weaker each time it happens. You're awesome and so's your sister I hope you guys don't quit because, in behalf of the whole wiki, we love you guys. (Ohana means family. And family means no one gets left behind.)

Thank you all so much. I didn't see the message because I got off early to watch a TV show. Lucky I guess. :P But this has never happened to me before. Only small stuff like when I rollback someone's edit and they say "Loving77 is dumb blah blah blah." I think it's funny, but what that guy said is just wrong.
Loving77 13:42, June 11, 2013 (UTC)

Hey Loving! I'm not sure if you use this or not, but if your not, you can upload multiple photos at once using Special:MultipleUpload. This way, you don't have to keep uploading one by one. In MultipleUpload, you can upload 10 images altogether. Good luck and great work! :)  Bermuda • Talk • 23:45,6/15/2013

Why did you remove my edit saying the CEO has 500 health? I know for a fact that he does.

Can you stop deleting my edits? They are the truth (The VP article things -_-)

is too awesome. XD

Regarding my Street Page Edits

Hello. Regarding your changes to my edits, the numbers DO have a need as the streets corresponding maps are numbered, so that means that if the shops are numbered, people will know which shop is which on the map.

I was trying to fix ToonTask:ToonTask_capacity_(The_Brrrgh), but for some reason, the page keeps adding an extra summary bit and then screws up the formatting. Even after fixing it, it reverts it back and removes the |- needed to keep the task templates at the right. I'm at a loss as to what I'm doing wrong, can you please help?

Thank you for your help.

Sorry to bother you again, but would you mind removing a photo entiled Benny McBounce.png? I realized that I uploaded the wrong photo but I can't remove it. Sorry for the trouble.
/Antwan\
07:53, November 23, 2014 (UTC)

I have joined the game recently by... other means that cannot be mentioned by site rules. So the dialogue is straight from the source. Basically I run the game in one window and type the word balloons in another window like Notepad. It is pretty difficult to do because I have to do it very quickly or the word balloons would go away. Moreover, I have to do it when there are no other toons in the buidling or I'd stall them from continuing their toontasks.

Aside from all that, they are straight from the game itself. I am doing Oldman's final gag track task at the moment so anytime I speak to an NPC, I use this method. I hope that helps!

Eh, if that's the way you feel, then I'll refrain from posting future dialogue. But quite honestly, it looks like absolutely nothing has changed and there's little to no reason for them to even change it in the first place. I'll confirm this later by talking to the heads of the private server I got this from and see for myself, but until then there will be no dialogue additions.
/Antwan\
08:49, November 28, 2014 (UTC)
Retrieved from "https://toontown.fandom.com/wiki/User_talk:Loving77?oldid=143612"
Community content is available under CC-BY-SA unless otherwise noted.