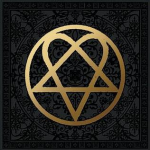 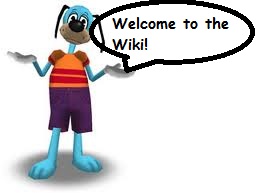 Hi Smith ghast4, welcome to Toontown Wiki! Thanks for your edit to the User:Smith ghast4 page. We hope you will enjoy our wiki and stay with us! We have several Projects in progress, so I hope you can get involved!

You can review the Wiki Rules before editing so you understand our policies! The main rule is to have fun editing!

You can also check out what's currently happening on this wiki on the Community Portal!

If you need help with anything, you can leave me a message on my talk page!

I didn't know censoring bad words is still saying them!

he informs me that i once used the word "$#!*" in one of my blogs, even though i censored it. he demands me to change it (which i already did).

If you want to get Top Toon, don't beg for everyone to vote for you. Just wait for someone to vote. I got nominated and I just waited for the votes to come, and I let the person with the highest votes win. So try and wait for votes, not beg for them please. --I like trains... 23:57, February 24, 2012 (UTC)

um, excuse me, Smith Ghast4, not to be rude, but could you please stop being rude, I saw your recent edit summary: "I'm guessing you don't know the first thing about doing toontasks" and your language in your blog post.

Please stop before this gets you blocked.

The Strom has struck Toontown, advise you find shelter from the blinding lightning of Wilbur's awesomeness! 11:48, February 26, 2012 (UTC)

first of all, i'm from the live server and some toontasks are different than the ones on the test server.

First of all, a kid shouldn't swear whatsoever, censored or not. Second, what you said was rude. I was talking about rudeness, not the task itself. And what would your reason be for blocking me if you had the power to? You cannot block if you don't have a valid reason. Lastly, only 13 year olds and older may be legible for editing. You said you're a kid, 13 is technically the age for teenagers.

Let's see your arguement about this.

The Strom has struck Toontown, advise you find shelter from the blinding lightning of Wilbur's awesomeness! 08:42, February 27, 2012 (UTC)

And where in the rules does it say that you can get blocked by "accusing"? Plus, I'm not accusing, it's true, Smith ghast. That isn't a valid reason, I did nothing wrong, and your censored word would still project a bad word especially if the kids who read the wiki reads comics as well.

The Strom has struck Toontown, advise you find shelter from the blinding lightning of Wilbur's awesomeness! 09:40, February 27, 2012 (UTC)

i didn't do anything wrong either. and besides, cartoonists always censor bad words and, believe me, they also didn't have any problems.Smith ghast4 09:53, February 27, 2012 (UTC)

But, this is a kid's community, parents wouldn't like to see their children look at bad words, even censored. All I'm saying is that you shouldn't use those because they project a bad word. Just use different words to replace it like: Holey Mackarel or Flappy doodles! Those words would feel alright in this community because they would be related to Toontown. Just don't use them again because swearing is a rule in our wiki.

The Strom has struck Toontown, advise you find shelter from the blinding lightning of Wilbur's awesomeness! 10:56, February 27, 2012 (UTC)

It's not my fault. My 3 favorite comic strip syndicates; universal press, united feature, and king's feature, don't mind cartoonists censoring bad words, even though they publish comic strips in newspapers, which is another thing kids like to read. It should be the syndicates' fault! Blame them!Smith ghast4 11:09, February 27, 2012 (UTC)

The syndicate isn't involved in the wiki. What I meant was just stop it because it would not be nice for the kids who read the wiki.

The Strom has struck Toontown, advise you find shelter from the blinding lightning of Wilbur's awesomeness! 11:45, February 27, 2012 (UTC)

No need for the letter. All I'm saying is that swearing, regardless whether it is censored or not, is not tolerated in the wiki.

The Strom has struck Toontown, advise you find shelter from the blinding lightning of Wilbur's awesomeness! 12:52, February 27, 2012 (UTC)

My main point is just to watch what you say and stuff, and read the rules to avoid that.

Also, this is a user-friendly community, I'm just correcting you, so don't take this too seriously.

The Strom has struck Toontown, advise you find shelter from the blinding lightning of Wilbur's awesomeness! 09:46, February 27, 2012 (UTC)

Hello, Smith ghast! I would just like to remind you to crop your images on paint or anything before putting it up on this wiki. It would quickly fcus on what the image is about and the readers would not get carried away with anything else. Thanks, and happy editing!

Also, have you heard about revision? Well, it doesn't have to make you go through everything and put the info again, you can simply undo the edit! Just go to the page that was edited, click the arrow going down on the edit button and click history. You can click undo on the side of the last edit and the rest is easy, like publishing a page when it has been edited on. You can also add a summary like before, but, make sure the "Undo Revision by *insert name here*" thingy is still there.

Thanks, and happy editing!

Hi. I'm not entirely sure if there's a glitch with the editor you are using, or you are just adding redundant categories. If it has to do with the editor, it would be best to change it by going to Special:Preferences > Editing tab and check or uncheck the "Enable visual editor (where available)." If you are actually adding the redundants, then I ask you not to do that, especially since the category badge system doesn't count the same categories.  Bermuda • Talk • 02:46,4/17/2012

I may not have the Toontown Test Server downloaded myself, but they WERE removed. 2508273a is usually responisble for the Test Server articles on the Wiki, so please look before you edit. --Osha 00:51, May 8, 2012 (UTC)

I noticed that you now meet all the requiments to be recognized as a super contributor. Please let me know if you wish to be promoted. Theevina • talk 01:53, May 19, 2012 (UTC)

Remember to keep comments civil. Comments that violate the rules will be removed, and you may earn a block.

This message was sent to the most recent list of active users and does not necessarily target you.

I'm not against unregistered users; but for meet-ups on Toontown, I'd like to be able to respond to that user on their talk page.

In short, I would like to know who I'm talking to.

Yes please. I've become friends with someone on the Wiki before, and that's Wilbur Storm....But I've removed him so that i can have space for another friend.Smith ghast4 03:34, September 19, 2012 (UTC)

Meet me at the Brrrgh, Toon Valley, 4pm Toontown time. I've been defeating Name Droppers in Sleet Street as part of my Toontask. Hope you can get there!Smith ghast4 22:48, September 19, 2012 (UTC)

Oops! sorry! ill meet ya tonight, ill get on as SOON as i get home! <3 Crazy peaches!

Is User:Flippers still active? His wiki is falling apart... {{SUBST:Klintrin1011sig}}

I edited the Dreamland +2laff point task based on what occured with not only my two toons, but also a friend who had the same task at the same time. This is for the Lawful Linda task. Once again, my edits have been reverted back. Once again, I will explain. I know this section is for the test servers. 99% of my toontown playing time is on the test servers. I currently am working seven toons in test. I only edit these task sections when I encounter a descrepency from what happens with my two toons I am working at the moment, and that which is written on this site.

The following is INCORRECT and it is why I changed it.

As I edited this section, after the Drive Belt, our three toons were then required to retrieve a pair of "Pincers" from a Penny Pincher.

As such, my modification was as follows:

I keep telling everyone the toontask guides show ONLY the test tasks. The toontasks in these guides are SUPPOSED to be only from the test server.Smith ghast4 04:55, February 2, 2013 (UTC)

I understand your reply. And the edit I made was from the test server, suxh has been all the changes I have made on this site. That is why I had edited it.Sweet Ratt (talk) 05:02, February 2, 2013 (UTC)

Hi. Please don't change the cog percentages. If you're going to change it, please provide evidence of when it was changed. As for now, nothing says it changed, and even if it did, Toontown would at least tell us about it.  Bermuda • Talk • 03:49,2/23/2013

Once again you have reverted one of my changes. For the same change that Flower had reverted your first revert to my change. I can't understand why you have changed it back once again, when if you looked at the post I put on your talk page, you would have seen this WAS on the testing servers. Your reply to mine was unwarrented at teh least.

"I keep telling everyone the toontask guides show ONLY the test tasks. The toontasks in these guides are SUPPOSED to be only from the test server.Smith ghast4 04:55, February 2, 2013 (UTC) "

I've made it quite clear, in a couple of posts, and right on my page, that I only work the testing servers. Something I don't think you can say about yourself. I would think it would be quite difficult to actually verify the changes I make if your not even playing test isn't it??

Here's a couple of screens of that specific task. for the +2 laff in DDL.

You can clearly see this is from the Test Servers. You can also clearly see it is Lind asking my toon to find a pair of Pincers from a Penny Pincher. As I mentioned previously about this task, TWO of my toons had this, and one of my friends had it also. And YES, ON THE TEST SERVERS.

Please write my user name down and don't revert my future edits for the task section. I KNOW these are for the test servers adn I abide by that rule. I also only change the data based on what my personal experiences relfect.

Typo? I think not.

I have Stinky Ned in my sticker book:

I don't think that's a typo. Please stop changing it.

Please stop changing the laff limits. We go by the Player's Guide on Toontown's website.

You should consider using reliable sources rather than using your instincts and/or experiences to make edits. Consider this a warning. Next time before changing something, please make sure it is officially on the official Toontown website, and that the info isn't coming directly from your instincts.

If you think it has changed, then please provide proof, such as the official website, unedited images, or any official documents.  Bermuda • Talk • 23:35,3/7/2013

I've done many VPs before. My main toon is a Mr. Hollywood level 29. I just did one earlier today.

I believe it was only in Storm Sellbot that the Skelecogs were below level 8.

You are the Top Toon for May 2013. Enjoy your newly-colored username!

Thank you very much for cleaning up some of the horrific spam that cluttered the Wiki.

Retrieved from "https://toontown.fandom.com/wiki/User_talk:Smith_ghast4?oldid=130041"
Community content is available under CC-BY-SA unless otherwise noted.