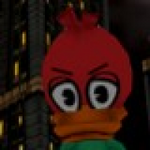 I was wondering if cog, toon, or doodle would be capitalized...... a user made a TON of capitalization edits, and I don't know if I should revert them.....

Oh, thanks! And, uh, sorry about the whole capitalization thing. On some pages, the word is capitalized, and on some other pages, the same word is lowercase! Dimetrodongold (talk) 21:18, October 8, 2012 (UTC)

I noticed on the Cog building, Field office, and Cashbot Mint (and possibly others) galleries there are badly cropped/not cropped at all pictures. I was wondering if you'd like me to remove the bad ones and replace them with better ones?

(I'm sorry, but messy images annoy the heck out of me.)

I'll look into it. In the meantime, add the Template:BetterImage template to let people know you don't like the images on that pages. Theevina • talk 19:00, October 14, 2012 (UTC)

Receiving a notice from Wikia, I see they are holding a contest for a Halloween-themed wiki, which the winning wiki will receive cover story promotion and one-month in the spotlights. I'm sure you received the message as well. I was wondering if you're up to this. If you are, then we can ask Toontask for some ideas for the design. I was hoping to have the design ready by Sunday, October 21st; if not, by Sunday, October 28th.  Bermuda • Talk • 03:27,10/16/2012

I'll probably compile a list of pages, etc. on one of my sandboxes, and if so, feel free to add into it. Same here, though maybe one will have some ideas to give to us. I already have some suggestions in mind, such as:
Not sure about the logo. We could use the last one, or we can come up with an entirely new one. By entirely, I mean maybe just add pictures to it like a pumpkin on the side or bats, ghosts, etc.
Some suggestions. :P  Bermuda • Talk • 04:34,10/16/2012

Let's try everything as it way before. My memory is not all that good. Then I'll make adjustments as needed. I think my skills in Gimp have improved so I can modifiy things like the background image if we need to. Theevina • talk 17:57, October 16, 2012 (UTC)

Go ahead and modify the background and other things. If I may, I'll go ahead and start adjusting the Main page templates and siderail stuff.  Bermuda • Talk • 23:15,10/20/2012

This is really frustrating. The stylesheets are so unorganized and I don't know why. Also, I really have to go soon. I hope you get the theme worked out. Thanks. Theevina • talk 23:49, October 20, 2012 (UTC)

Hi! I'm Dent from the POTCO Wiki. I noticed your toolbar isn't displaying your custom image.

Here's how to fix it.

Also, I take it that you have noticed a significant decline in Toontown's livelihood. You've had that mega-patch stuck on the PTS for awhile, and no new updates are coming in, save for some rare bug fixes.

POTCO is experiencing the same issue, and we have started a movement to change it. We started a professional petition that peacefully petitions DIMG to improve the game. We not only point out the improvements POTCO could have, but also point out how lucrative those changes could be.

We have gotten very positive feedback from disney employees, although no official word from Disney themselves.

If the petition does work, you should expect overall improvement in Toontown as well.

Not trying to get you to support the petition or anything, just pointing out that it could benefit Toontown as well. : )

Thanks for your time.

What should we do?

A user recently made edits to all (or a good majority) of the gag pages, adding what level cogs that gag can destroy in one hit. Click here for example.

Eh... we'll keep it, unless Bermuda decides otherwise. The point of the wiki is to make it friendly for others to edit anyway. I just wish he made it more clear that those numbers are when the gag is "maxed". Theevina • talk 17:06, October 28, 2012 (UTC)

Things could go either way. If we're keeping it, the sentence could be better reworded, in its own section or subsection with as much details as possible, or in a section with all the general information (like this).  Bermuda • Talk • 18:26,10/28/2012

You having being one of two administrators, and this question being one that I should be asking you or Bermuda, I want to know: Should these images be in the Cog HQ pages? Dimetrodongold (talk) 08:44, October 31, 2012 (UTC)

We removed those images because we didn't want to use any more images taken from their Toontown guide as it is uncreative of us among other things. Theevina • talk 14:35, October 31, 2012 (UTC)

Furthermore, any images with watermarks (for example: File:BossBot HQ elevator.jpg, the "S" at the bottom-right corner) should not be used. We recommend you to use your own pictures without watermarks. However, there are some exceptions, such as images that can no longer be taken.  Bermuda • Talk • 15:07,10/31/2012

Just wanted to let you know.

RE: Do you want to be an admin?

In all seriousness, I'd be more than happy to help the Toontown Wiki by becoming an Administrator.

However, I'm not very familiar with being an Admin. But I'm sure I'll learn as I go, yes?

Also, I do have a "possible medical condition", and if it gets worse (I'm praying that it doesn't) I may have to go suddenly inactive for a few weeks - even months - depending on how bad.

I'd like to thank both you and Bermuda for giving me this opportunity. Since day 1 I always wanted to be an Admin; that dream can finally come true.

I wanted to know how you put those templates on your userpage?

They are nice. I wanted to use some of them on my page. For example, I would like to use the "male" template, the "can't tell if this is a template or just a joke" template. (that was weird) So could you tell me exactly what code I type for a template? I would also like the "wizard 101" template. I LOVE that game. (That was random, I also need the random template.)

Do you know how to send a global message to all users on a wiki? {{SUBST:Klintrin1011sig}}

No, I'm not sure if that is possible. I don't have access to send mass emails to all the editors and it's impossible to edit every talk page. The best way to talk to everyone active is to create a blog post. Why did you want to know this? Theevina • talk 00:28, November 30, 2012 (UTC)

May I have rollback status? There's a lot of vandalism going on at this wiki, and I would like to be able to undo edits instantly. —

Sadly, all users must meet the requirements posted on the Toontown Wiki:Request User Rights page. To be a rollback, you must be 30 days old on Toontown Wiki (you may start a request on December 30, 2012), never harmed the wiki, must be trustworthy, and have at least 250 "Main" edits toward your Toontown Wiki edit count. Also, be sure to check out our Staff Policy!  Bermuda • Talk • 03:21,12/1/2012

I created a navigation template for admins' userpages, and I want to put it on your page but its protected. So yeah, can you put it on for me? —

Admin at my Wiki

I made you and ToontasticToon212 admins of my wiki, even though you haven't even visited it yet. Create the profile you've been dreaming of at Land of Profiles, which is my wiki. Go check it out!

I have rewritten the Manual of Style, see User:Bermuda/Sandbox 2. Please check if I'm missing anything, or there are unnecessary statements (I intended to remove the "Automatic Editing" section, since I couldn't reason with myself if it belongs here (we rarely have bots anyways); I also separated article categorizing and category pages into their own sections).

Also, most of the stuff in the Manual of Style was taken from Avatar Wiki (while restructuring most sentences in my own words). The most reasonable place to put a disclaimer was underneath the first paragraph of the page. I just don't want to be accuse of stealing. :P  Bermuda • Talk • 22:51,1/3/2013

I didn't read all of it but it looks like you did excellently. That disclaimer is nice. Less is more they say. I think even this is enough to give the editors a good enough idea of what is expected to maintain good quality. Theevina • talk 02:00, January 4, 2013 (UTC)

Hi. My name is Flippers, and I was the one who started this wiki and got it on its feet. I then quit because of personal issues, and the new admins picked up where I left off. I'm coming back in March with a new acc. Can you admin me on him? Thanks. Flippers 17:02, January 6, 2013 (UTC)

About the new account: Why will you need a new account? And how will we know it is you? I thought multiple accounts for 1 individual were not allowed. Now I understand you adopted this wiki (as several others have) but honestly it was a mess when I first started editing and taking control. I attribute much of its current success to Bermuda and myself. So many things have changed while you were gone. We have a lot more articles, rules, and standards of quiality to keep. We have parterned with a large fansite, ToonTask.com. I can't give special treatment to anyone. It seems you are already a bureaucrat on your account so I suppose you technically could do anything you want. But I won't approve of any promotion unless I have enough evidence that they will be active and understand that quality that we've tried to strive for. It's really nothing personal. Thanks for understanding. Theevina • talk 17:55, January 6, 2013 (UTC)

I hope you have the most awesome-est day ever!!!

I've recently requested to be a rollback, so I'd best start helping out.... like a real rollback....

I was wondering why were the badges were removed? They made me quite confindent and eager to edit.

I also noticed that other wiki's like the FusionFall wiki still has badges.

Retrieved from "https://toontown.fandom.com/wiki/User_talk:Theevina?oldid=121308"
Community content is available under CC-BY-SA unless otherwise noted.