The Yesman is the third cog on the Bossbot corporate ladder. Their levels range from three to seven.

A Yes-man is someone who agrees with anything with his or her supervisor, superior, etc., despite any attitude they express. [7] 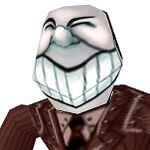 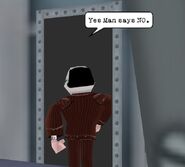 A Yesman as the boss of a Cog building